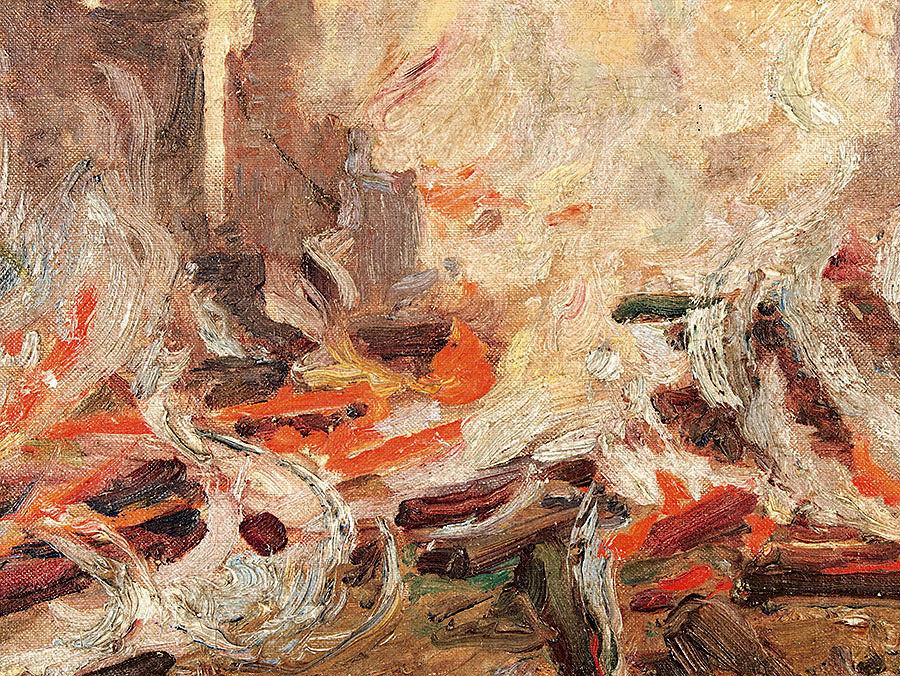 It is fascinating to see the devastation of World War One shown from the other side. Both diplomatically and geographically, as this study was painted by Hugo Vogel in 1915, when he was travelling with the German 8th Army during their campaign on the Eastern Front.

Anglo-centric histories of the war, rightly focus on the Western Front and the poetry and literature of that period has painted a vivid picture in the minds of many. But it was on the Eastern front, where the German and Russian Armies clashed, that the main centre of the War played out.

Hugo Vogel (1855-1934) was born in Magdeburg and attended the Dusseldorf Academy, where he studied under the genre painter Wilhelm Sohn. He later became a professor in Berlin, before resigning in protest after the infamous “Munch Affair”, when an exhibition featuring the work of Edvard Munch was cancelled by the academy director Anton von Werner.

The painting shows a fierce fire, which has possibly spread from the ruins in the background. The palette is applied in thick impasto, with terse and decisive strokes.