This intelligent and closely-painted view of Windsor Castle was painted by the Scottish artist William Macduff in 1863. The castle is seen in the early morning from the bend of the Thames between the ‘Brocas’ and Alexandra Gardens, Windsor. The sun is rising behind the Round Tower and the browning leaves, yet to fall, suggest that it is late summer or early autumn.

Little is known of William Macduff ARCA (1824-1881), though it would seem that he was a talented, elusive painter, that exhibited frequently between the years of 1848 and 1866. Though overwhelmingly a painter in oils, his watercolours are similarly precise, and characteristic for their extensive use of gouache and chalk. This painting is dated 1863, the year in which Macduff exhibited his most famous “Shaftesbury, or Lost and Found” at the Royal Academy. That painting is now in the Museum of London, having been purchased in 1993. 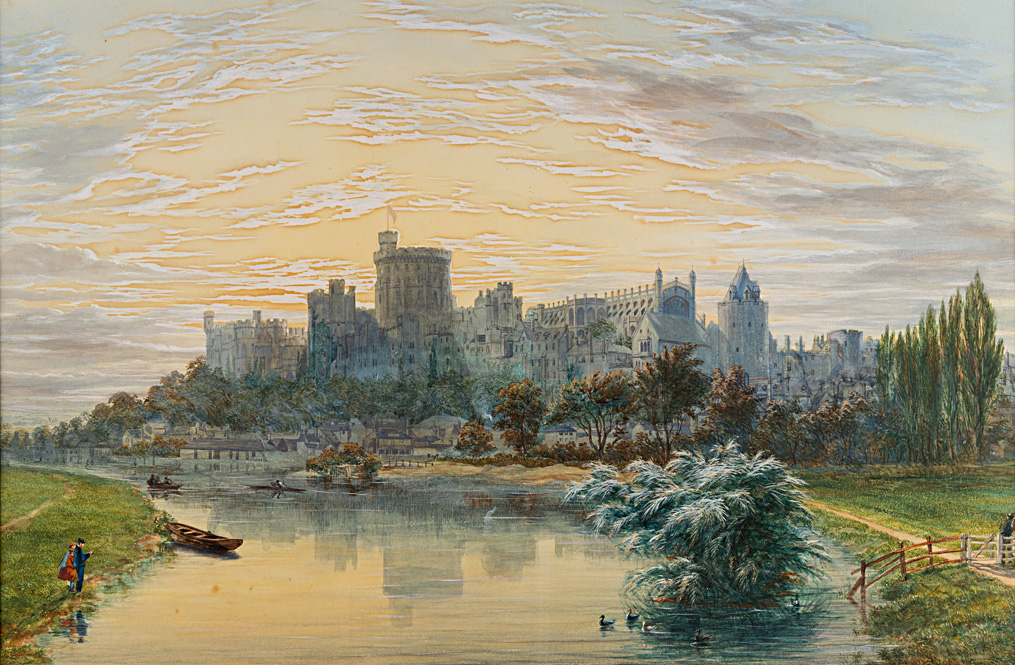