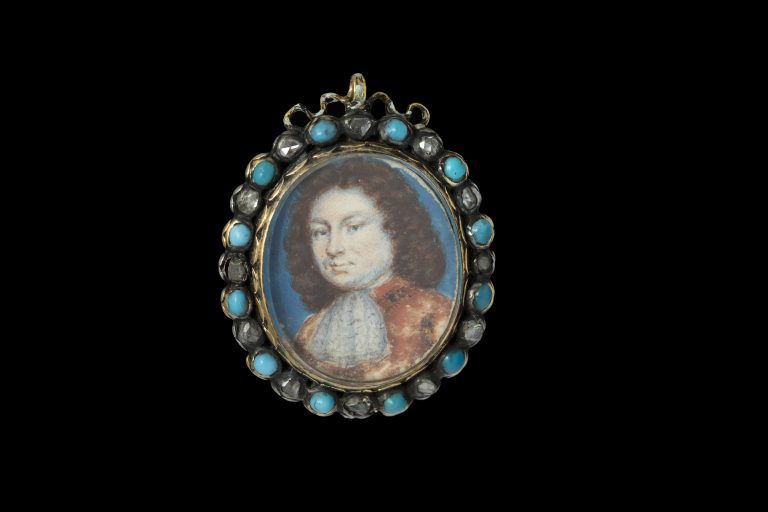 This unusual miniature, painted during the Restoration of Charles II, uses a blue background that was already many decades out of date.  By contrast the frame is typical of the period and the stones that embellish it (turquoise, diamonds) would have been remarkably hard to find in a Britain which was not yet an Imperial or maritime power.

The painting has stylistic continuity with “Stuart Crystal”, an early and distinctly English strain of mourning jewellery that was a response to the English Civil War and a subtle way of remembering those that fell on the wrong political side. Such pieces are deliberately hard to read, and the bullion monogram on the reverse remains undetermined. The meticulously plaited hair (presumably the sitter’s) is one of the earliest cases of a miniature being decorated with human hair. Such a custom would become prevalent during the next century.

It is therefore a rare example of where the lines between the Fine and Decorative Arts blur, and where the interests of Jewellery enthusiasts collide with those who collect miniatures of the early-modern period. 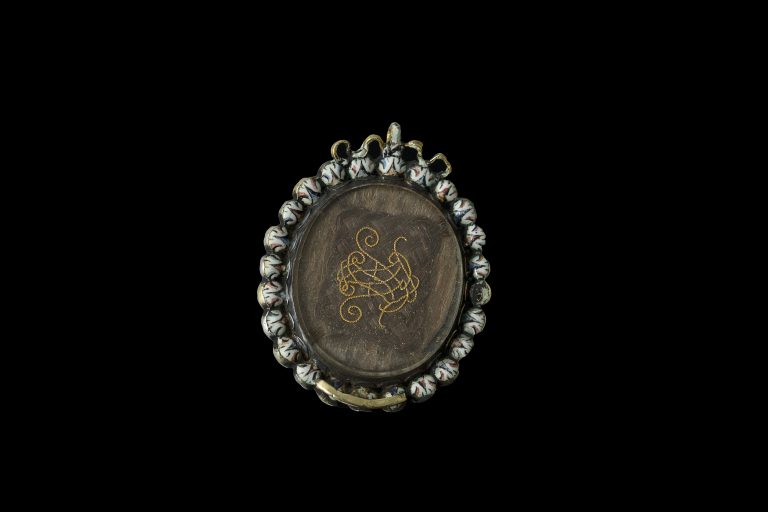