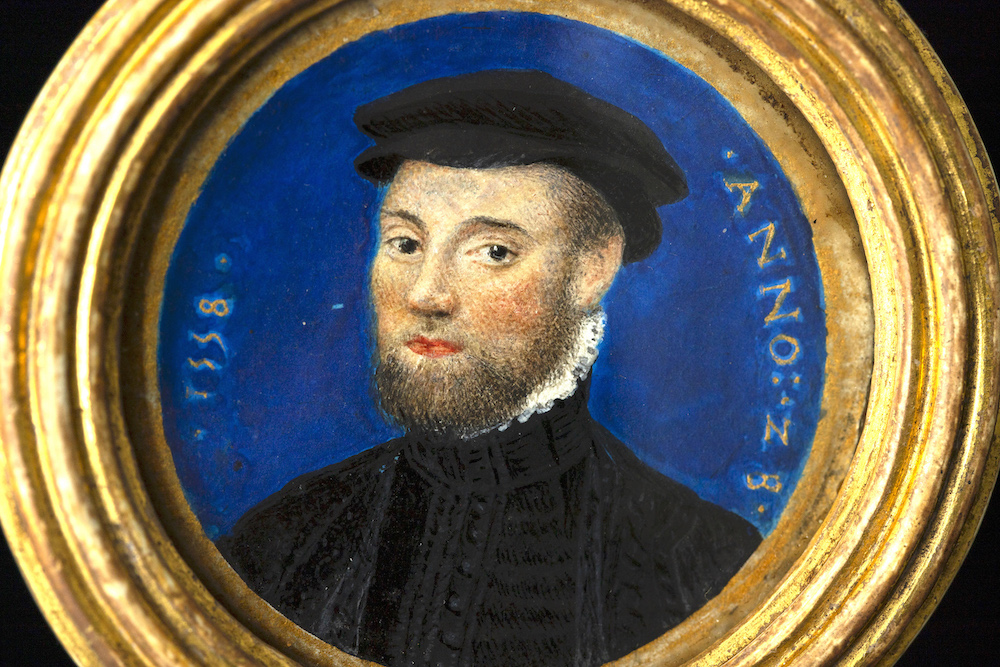 This portrait of a young gentleman was likely painted in France by an artist in the circle of Francois Clouet. It is dated 1558 and aside from the sitter’s age, his identity has been lost over the centuries.

It is perhaps one of the earliest cases of gold calligraphy in a French miniature, something already common in their English equivalents – which might suggest an artistic exchange between the two countries many decades before Nicholas Hilliard moved to Paris in 1576.

And though we cannot put a name to whoever painted this example, it is likely that the painter had been working in France since the early 1530s. An earlier miniature, almost certainly by the same hand and depicting the Count of Vaudémont (1500-1528) passed through Mirabaud & Mercier in 2019, whilst another comparable miniature of Antoine King of Navarre was sold at Sotheby’s in 2018 with an attribution to Francois Clouet (1522-1572).

It is interesting to note that both examples showed imperfections to the azurite background, something also true of the present painting, though remedied with a later layer of blue paint.

In a recent essay published by the Paul Mellon Centre, the conservator Polly Saltmarsh describes how azurite “was a difficult pigment to handle in a water-based medium. To achieve a uniform background, an initial wash was applied to the background using a brush, followed by a second layer with a higher content of azurite pigment.”

The miniature has been painted on vellum paper, using a combination of watercolour and gouache. For rigidity, the vellum has been pasted to a polished playing card. Such a process is described by Edward Norgate (1581-1650) in his Art of Limning, where he recommends polishing a playing card to “make it as smooth as possibly you can (the white side of it); make it everywhere even and clean from spots, then choose the best abortive parchment, and cutting out a piece equal to your card, with fine and clean starch paste it on the card.”

Another 16th century playing card, likely cut from a 9 of clubs, has been used to mount the painting in its frame. Karin Leonhard, in her fascinating study on the presence of playing cards in early portrait miniatures discerns an order in their use during the first half of the 16th century. “Diamonds and Hearts are much more common than Spades and Clubs; Diamonds predominate in the earliest examples, and it is possible that Hearts were preferred for marriage portraits.” Leonard goes on to quote from W.G. Benham’s Playing Cards: The History and Secrets of the Pack:  “Court cards are taken as indicating people; numeral cards relate to events. Hearts are construed as referring to the affections; Diamonds to money and worldly affairs; Clubs to business; Spades to the ‘serious affairs of life’”, especially military ranks” 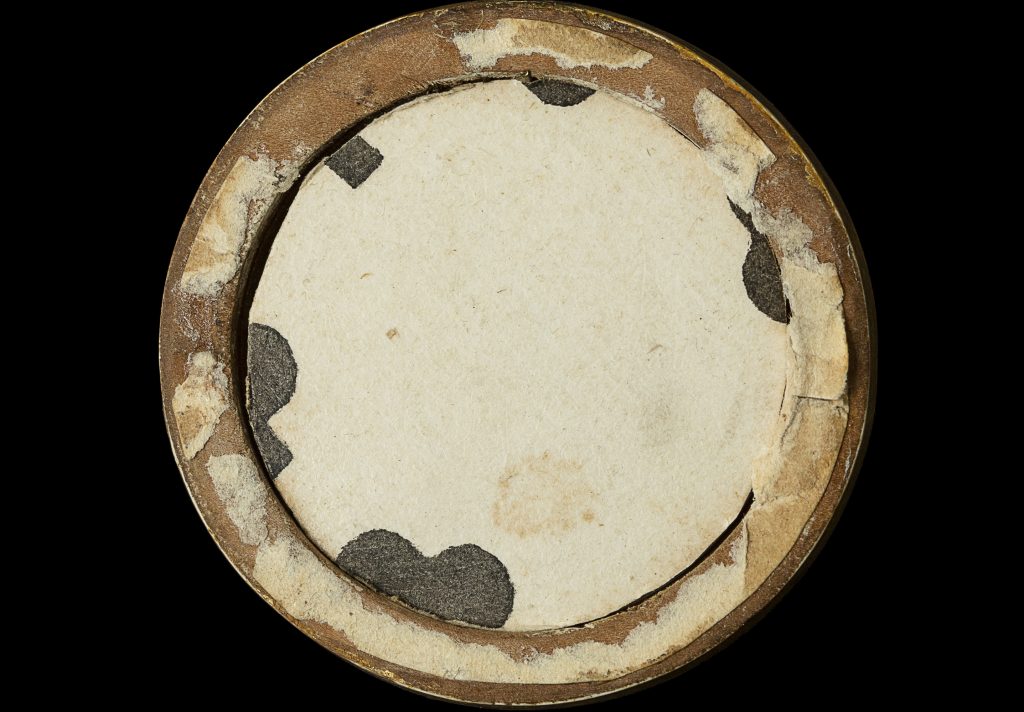