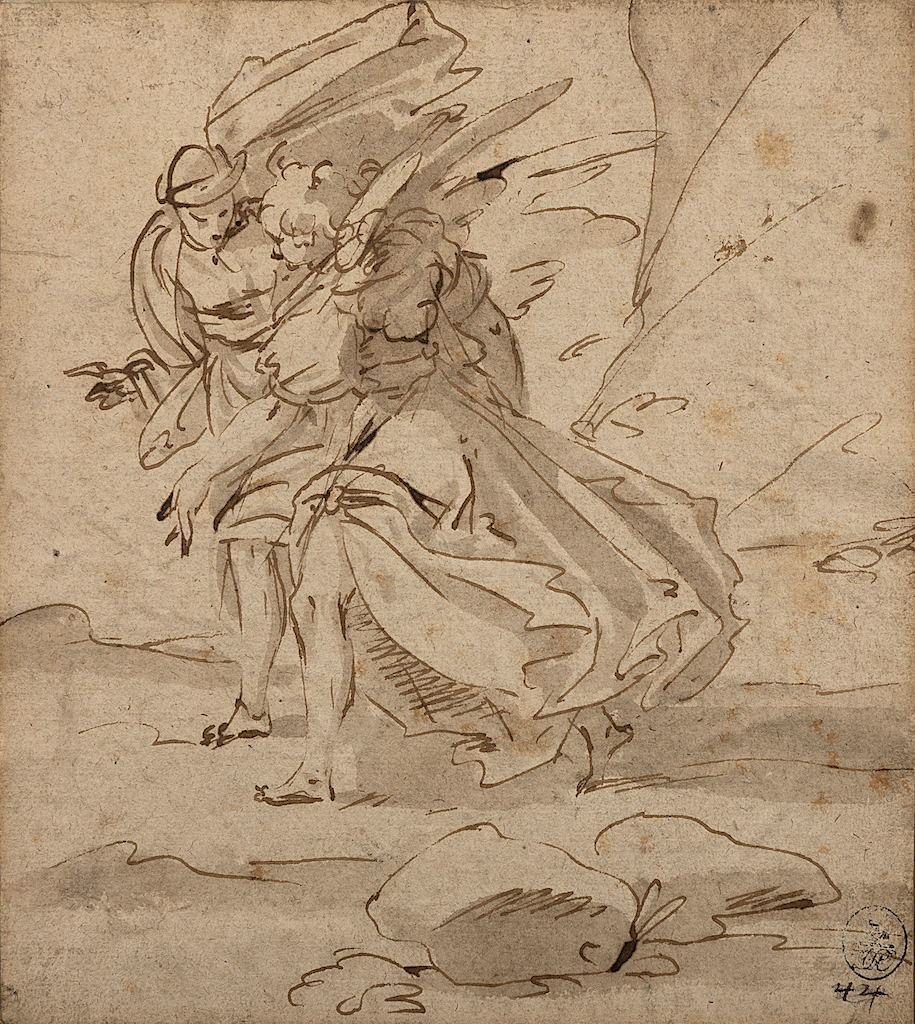 This confident sketch of the archangel Raphael leading Tobias shows two figures of equal size. Later representations tend to portray Tobias as a child, with the Angel towering above him.

The collector’s mark is that of Lieutenant Colonel Henry Stephen Olivier (1795-1864), a British soldier and antiquarian, who amassed a fine collection of Dutch and Italian drawings.

The great-grandfather of the actor Sir Laurence Olivier, he resided at Potterne Manor in Wiltshire. Primarily interested in the 16th and 17th centuries, he began collecting after acquiring a large box of drawings in Paris.

In 1864, he died suddenly, whilst holidaying in Torquay. It is likely that he took much of his knowledge with him and a selection of his drawings were sold soon after. One was bought by the British Museum in 1870.  His collection would remain dormant for the next few decades, before being exhibited at the Ashmolean Museum in Oxford during the First World War. Many of them were later inherited by his granddaughter Miss Maud Olivier, who dispersed them through Sotheby’s in 1920 and 1948