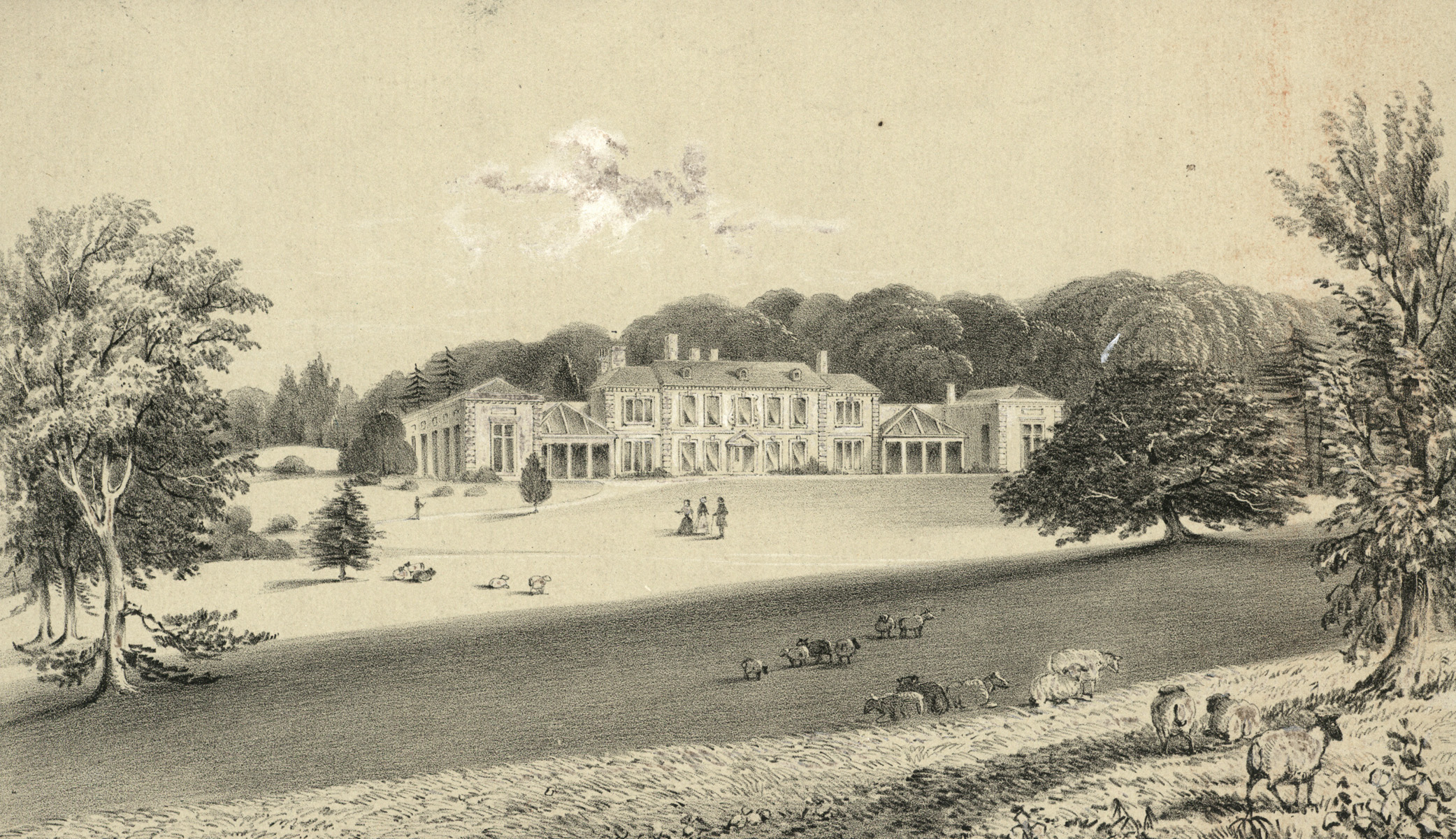 Though first recorded in the Doomsday Book of 1086, Widey House became prominent during the English Civil War, when Prince Maurice and the Royalist army were stationed there. The historian G.W. Copeland suggests that King Charles might have arrived “as early as 1643”, when five regiments of horse and nine of foot were besieging Plymouth. The memoirs of Prince Rupert also record him visiting the house on Tuesday 10th September 1644.

Prince Maurice’s stay seems to have been an unhappy one. And despite controlling the roads into Plymouth, his army could exert little pressure on a city fortified from the front and shielded from starvation by the ships that drifted freely into harbour. The futility of the situation no doubt added to his frequent bouts of depression and ill health.

By contrast, the King’s second visit to the house lasted just long enough for him to march on Plymouth and demand its surrender. A summons “given at our Court at Widey…” read:

“That God having given him a great victory, yet as his desire was to reduce his people by acts of grace and clemency, so he is desirous of setting a special mark of favour on his town of Plymouth, and doth therefore require them to surrender up the town, assuring them, on the word of a King, that they shall enjoy all their wonted privileges, and have no other garrisons put upon them than what they had in the most peaceful times; viz., in the fort and in the island; promising pardon to all townsmen and soldiers for what was past; entertaining such as shall be willing in his service; and requiring their speedy answer.”

Aside from the house gaining the title of ‘Court’, nothing much came of the King’s demands and the inhabitants held out until the arrival of the New Model Army in December 1645.

The later history of the house is unremarkable. It was confiscated after the Civil War and given to a family that had been on the correct political side. A yew tree, trimmed into the form of the heart, was said to have been planted by the previous owner, as a memorial to the King. It isn’t quite clear where it was, or when it disappeared, though it is mentioned in the 1884 novel “Dorothy Fox” by Louisa Parr. 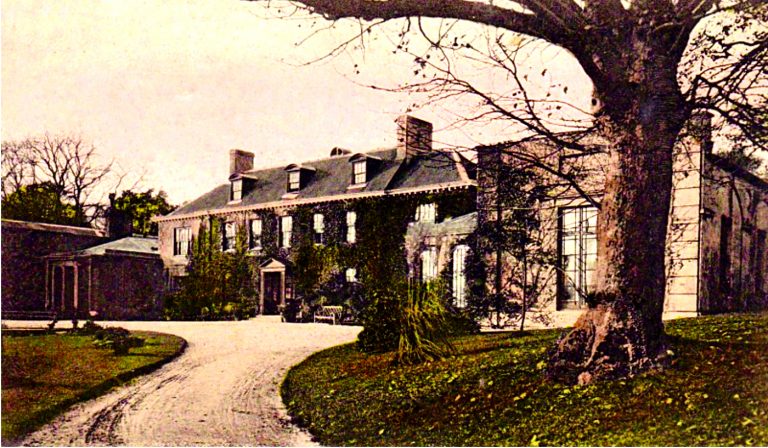 In 1954, the manor was demolished by Plymouth City Council. A housing estate, a school and a dual carriageway were built in its place. The contents, including the bed in which the King had slept, were also destroyed.

“The demolition and complete obliteration of this well-known and historic house has, like that of Radford and Whitleigh Hall in comparative recent years, created another gap — in favour of a new housing estate — in the ring of old mansions which once surrounded Plymouth. Such seems to be their fate when they have the misfortune to be within the sphere of activities, and come within the grasp, of ever-expanding “progressive” towns, and when, mainly for economic reasons, their career as the dwellings of old-established families has come at last to an end. “

He goes on to say, rather prophetically, that:

“as posterity will soon probably be in ignorance even of the site, I have thought it advisable to put on record, before it is too late… a description of the house as it was before the hands of the demolition squad fell upon it.”

Now such ignorance was certainly true of me (a lifetime inhabitant of Plymouth), when I learnt of the house, from a regular visitor to the shop, who arrived one morning with a pair of carved marble fragments. He had bussed them down from a leafy district on the edge of the city, built during the late Victorian era. His family home would have been less than mile from where the manor once stood.  It was one of those rare moments where the present leads you back into the past.

He described how his father had retrieved them from the demolition site in the late evening, after the workers had gone home. 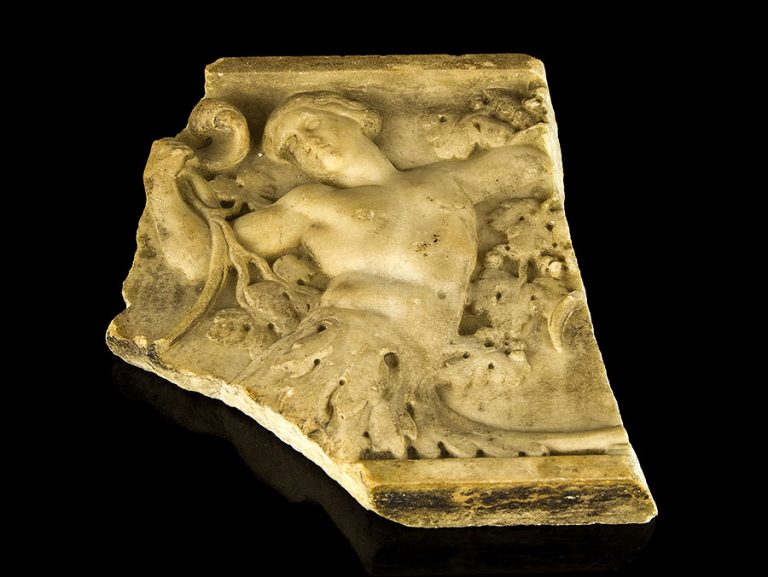 One depicted Bacchanalian figures in vines, the other a classical border. Both would have been part of a larger frieze. 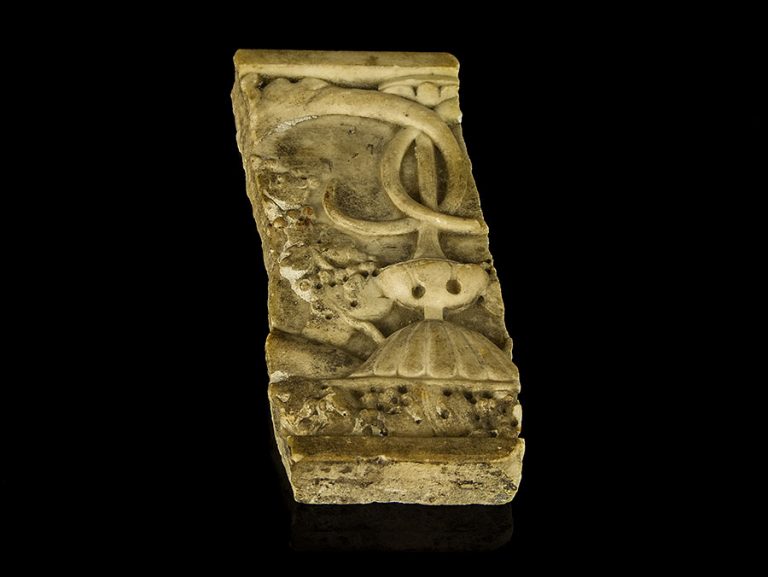 They likely came from one of the fireplaces described in Copeland’s 1955 history of the house:

“… two marble fireplaces… in the South room with allegorical figures issuing from scrolled foliage in the central panel of the lintel, the rest, including the pilasters, of decorative work of Italian Renaissance character.”

It is a sad reality, that in the case of these carvings, their destruction came not from the patient wear of centuries, but rather the rapid and methodical work of the demolition men.