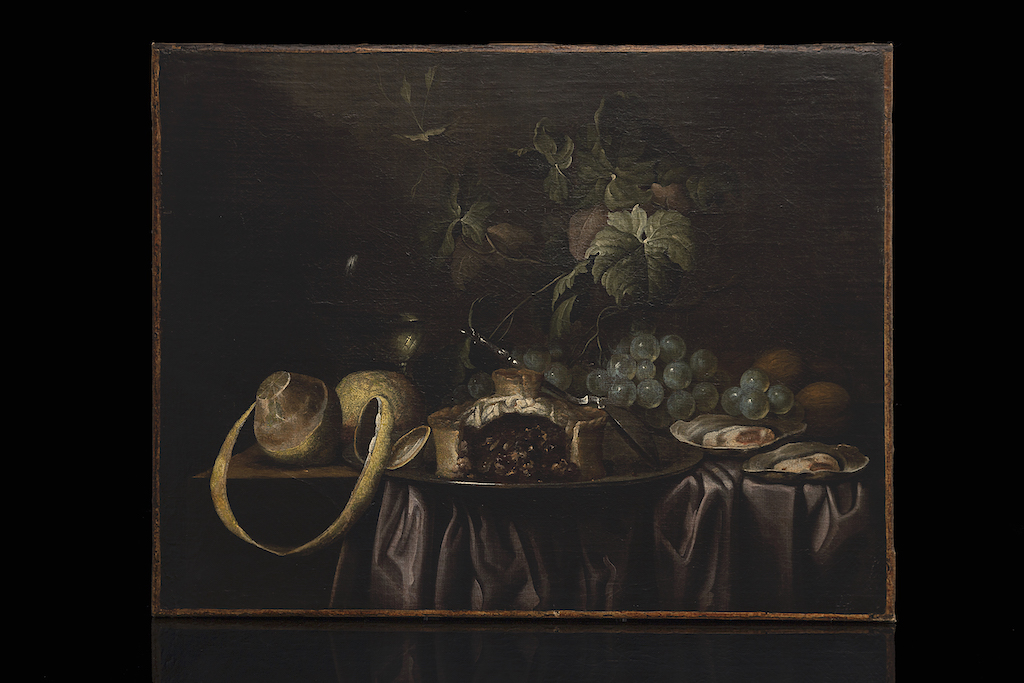 Unlike Dutch still lifes of the same period, Flemish examples are comparatively austere, with motifs that allude to the fleeting nature of life and the emptiness of earthly wealth. The half-filled glass; the pie-filling which falls onto the plate; the lemon rind still attached by the thinnest margin can all be taken as such symbols.

Though it is difficult to put a name to this still life, it is likely that it was painted in Antwerp  by an artist in the studio or circle of Joris van Son (1623-1667).  A painting with an identical composition and an attribution to Joris van Son was sold by Jean-Marc Delvaux in 2011. It had previously appeared at Drouot in 1951, from the collection of George Aubry, where it took 200,000 francs.

The foliage and grapes show marked similarities to the work of Alexander Coosemans (1627-1689), whilst the peeling lemon is similar to those which appear in the works of G. van Deynum (fl. 1650-1659). The lives of both artists are relatively obscure, though we know  that they were both based in Antwerp and of a similar age to van Son. Coosemans was made a master in the Guild of St. Luke, just a year after van Son.

Joris van Son was born in Antwerp in 1623. It is not known for certain whether he studied in the studio of Jan Davidsz. de Heem (1606-1684), but his earlier works suggest that he was quite familiar with that influential painter. Around 1644 he became a master in the Guild of St. Luke , where de Heem would have also been a senior member, having joined in the previous decade.

He maintained a busy studio and his pupils include Frans van Everbroeck, Jan Pauwel Gillemans the Younger, Cornelis van Huynen, Norbert Montalie and Abraham Herderwijn (Aberam Herderwyn). He was a close friend of Jan Pauwel Gillemans the Elder, who became the godfather to his son, Jan Frans. His son would have been 9 at the time of his death in 1667, so it is likely that he was trained elsewhere. He later moved to England, likely to escape religious persecution in the Spanish Netherlands.

I am grateful to Dr. Fred Meijer for his help in cataloguing this picture. 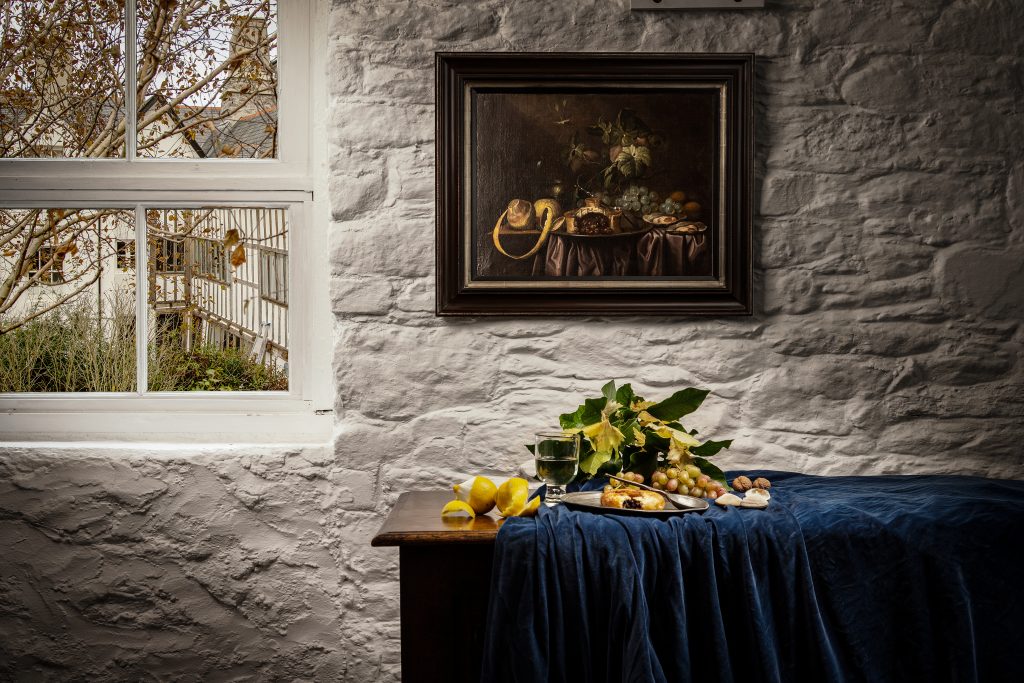