This unusual study of an exploding shell would have been made on the spot, when the artist was with the XV Corps in 1917. A similarly spontaneous sketch of the same subject can be seen in the Imperial War Museum, whilst a more finished pastel passed through the Maas Gallery in recent years.

Keith Henderson OBE (1883-1982) was a Scottish painter and illustrator who served as an Official War Artist in both World Wars. He was in the trenches in the First and his eccentric sketches are recorded in the book: Letters to Helen: Impressions of an Artist on the Western Front. He had never intended to publish, but having shown them to a friend, along with his drawings from the period, the idea of “a book evolved.” His idiosyncratic and often sardonic observations on life in the trenches make for a fascinating read. A caption to his “Explosion of an Ammunition Dump” (from the same book), describing how ‘the smoke from a large explosion usually assumes a queer tree-like form and disperses slowly’, could quite easily apply to this drawing 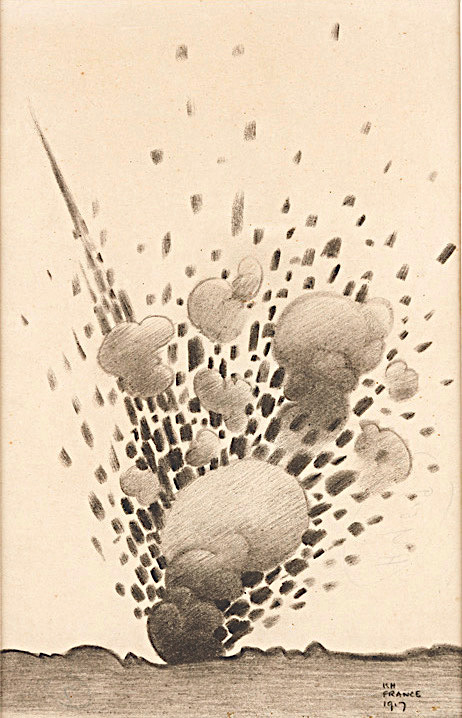