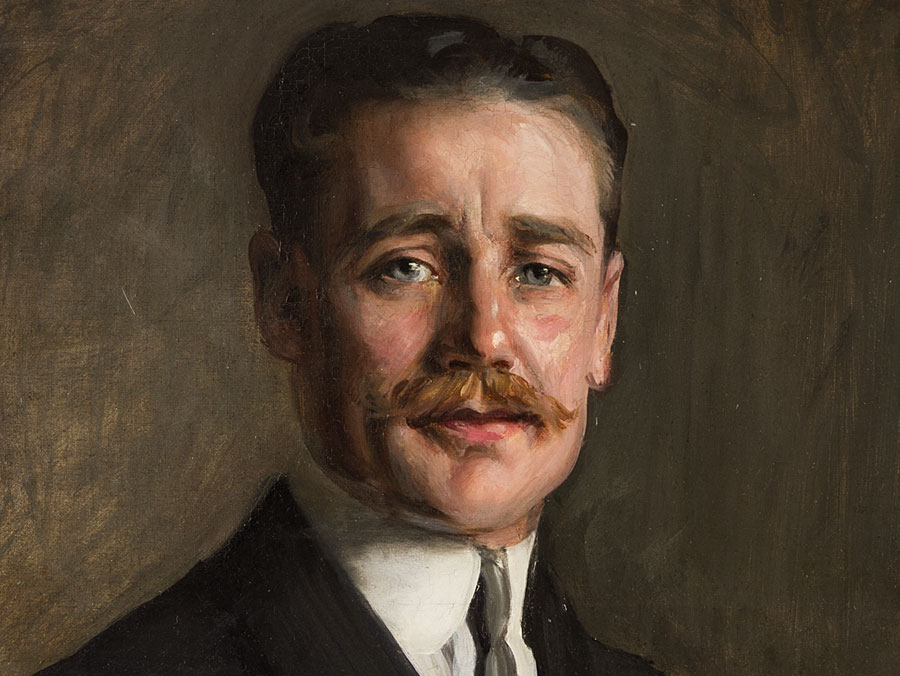 Mariette Leslie Cotton (1866-1947) was a portrait painter, whose talent and status encouraged commissions from affluent circles on both sides of the Atlantic. Her similarities to John Singer Sargeant are believed to be a consequence of them both having studied under Carolus-Duran. A critic in the New York Times, once remarked on the similarities between the painters; another found a portrait of Cotton in Sargeant’s studio in 1904. Sargeant would take an active interest in Cotton, following her exhibitions, giving advice and criticism.

Throughout her career critics noted Cotton’s popularity with the public and her success in gaining prestigious commissions. Many of her portraits were well received, but some critics lamented the varying quality of her output. In 1917 a reviewer said, “Mrs. Cotton is a disappointing painter in that her work varies so greatly, some of it unusually good, and some of it so weak as to make it difficult to understand how it could proceed from the same brush.” Another reviewer attributed this inconsistency to the needs of the professional portraitist to balance the desire to create good art with the individual expectations of the customer. The reviewer suggested that Cotton’s best work was made when she painted “for her own pleasure” and was not forced to make this compromise.

I suspect there was no such dilemma when Cotton came to paint the improbably handsome John Armstrong Drexel (1891-1958). Period photographs confirm the likeness, and the twinkle in the eye is even captured in a grainy black and white photograph of 1910. It is likely that this portrait was painted in the same year, a significant one in Drexel’s life, as together with his friend William McArdle, he had founded the New Forest Flying School at East Boldre. The school was the second in Britain and, the fifth in the world. Later in the same year, Drexel would set the altitude record, flying at 6750 feet in his Bleriot monoplane.

Born to the American banking family, he would spend most of his early life in Europe, between London and Paris. His father Anthony Joseph Drexel Jr. lived in London and his house in Grosvenor square was just twenty minutes walk from Cotton’s studio.