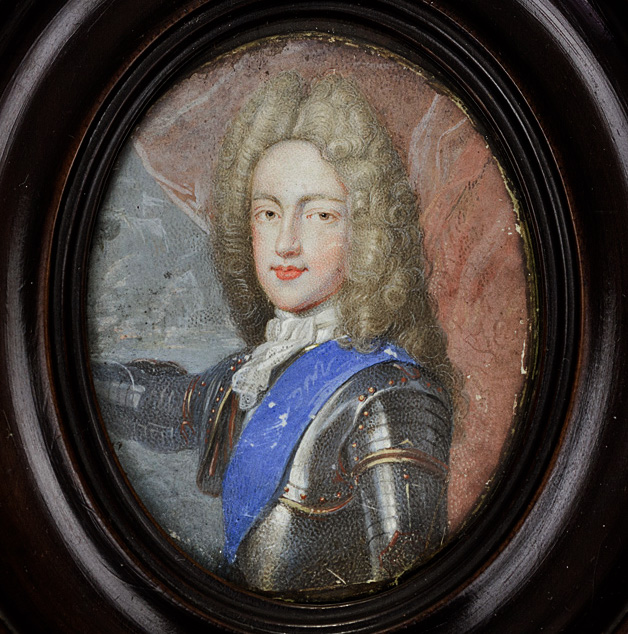 Likely painted after the Jacobite uprising of 1715, this miniature takes its composition from a full-length painting in the Museo San Carlos in Mexico City. Likely the work of Alexis Simon Belle (1674-1734), the painting was procured by Luis Ortiz Macedo, an important Mexican official, who directed the National Institute of Fine Arts and Literature from 1972-1974. 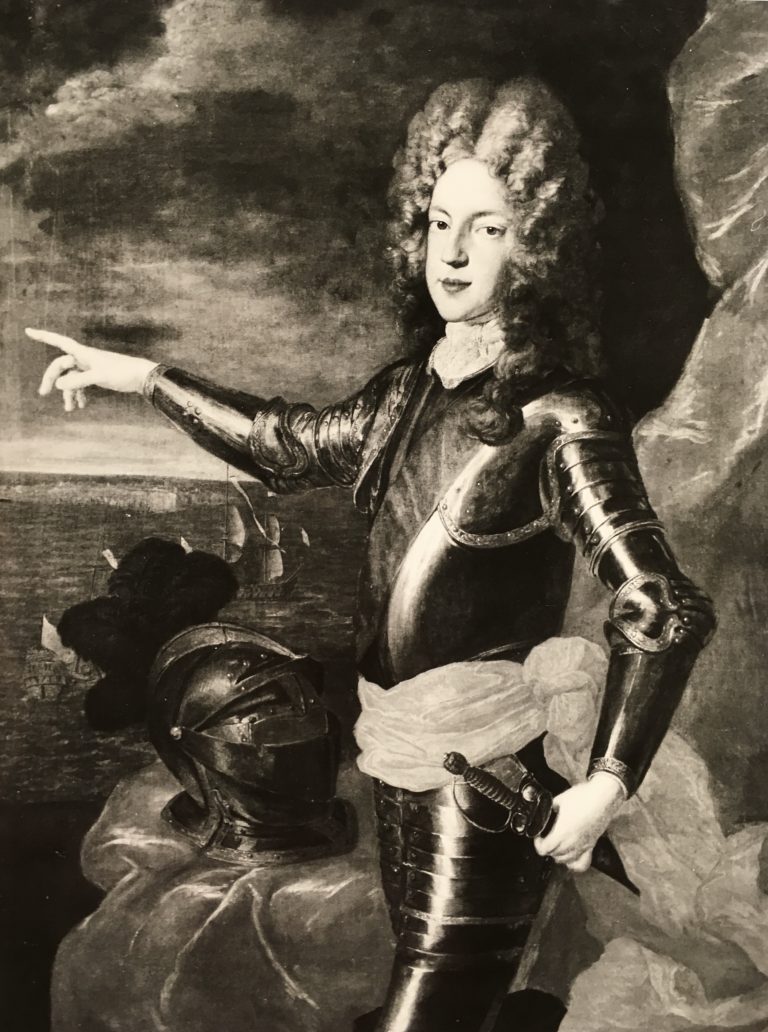 Belle would marry the miniaturist Anne Cheron (1663-1718) in 1701 and together they worked in the employment of the exiled Jacobite Court. It is interesting to note that Cheron chose to retain her maiden name during her artistic career.

The painting depicts the Jacobite King in Exile, James Francis Edward Stuart, ‘The Old Pretender to the throne of England and Scotland. He is noticeably fresh faced, wearing the blue Order of the Garter and a suit of armour, which although impressive, is nearly a century past its usefulness