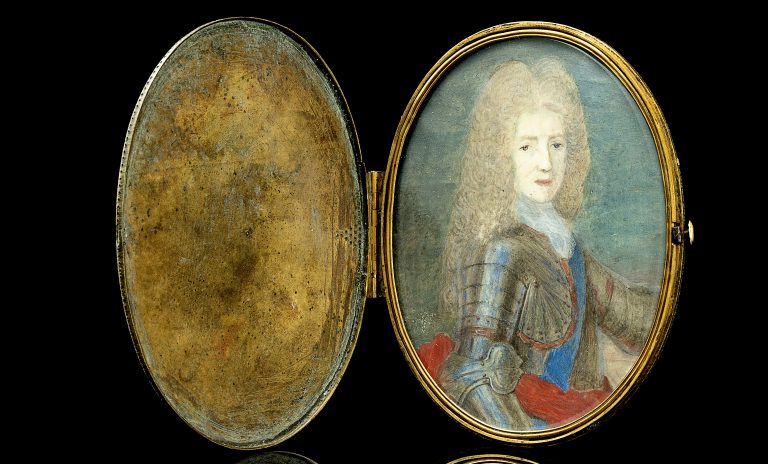 The Stuart Papers, in the archives at Windsor castle record a payment of 680 livres to “Arlaud for pictures” by the Chevalier de Saint Georges on the 23rd December 1717.

This payment likely refers to the three other versions of this painting, in the Royal Collection, Hamilton Palace and the Wallace Museum. This version is likely from the same studio, produced early in the career of The Old Pretender, when it was vital for him to keep his image fresh in the minds of his supporters. Portable and easily concealed, portrait miniatures became the preferred approach in the dissemination of Stuart iconography.

A year earlier, his attempt to coordinate a Jacobite Rebellion, amounted to little more than a month spent at his temporary court in Scone Palace, with a fever aggravated by the frigid Scottish winter. This would be only the time that he set foot on British soil in a life spent trying to regain the throne.

James Francis Edward Stuart (1688-1766), son of James II and Mary of Modena, became the leader of the Jacobite cause after the death of his father in 1701.