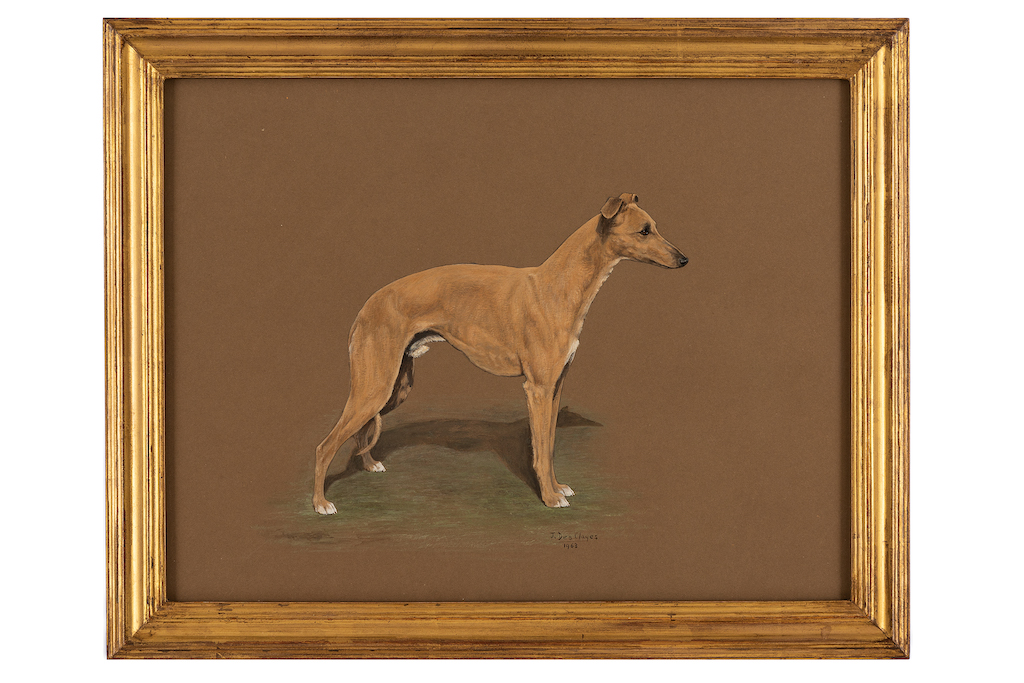 This exceptional gouache study of the champion whippet “Ladiesfield Topaz” was drawn in 1963, by Jacqueline Des Clayes.

Little can be found about Des Clayes, which is unfortunate considering her undoubted talent. Her name appears in Cliffard Hubbard’s Portraits of Dogs (1968), a book published in both English and French and which she provided 20 illustrations for. It also a shame that her original drawings and paintings are incredibly rare; the only other example having passed through Bonhams in 2007. Her prints are more widely distributed, suggesting she might have been a popular dog painter during the period in which she worked.

Unlike the artist, the dog is reasonably well known, appearing in various online databases. He was born on 19th January 1959, having been bred by Mrs Margaret Rae Cuttler. He became the UK champion in 1962, when he was owned by “Mrs Margaret Wigg.” His colour is described as “red fawn” and his notes list an appearance at Crufts on 10th February 1961. A photograph in the Whippet Breed Online Archive, shows the same dog in the exact same pose, suggesting that the artist worked from a photograph.