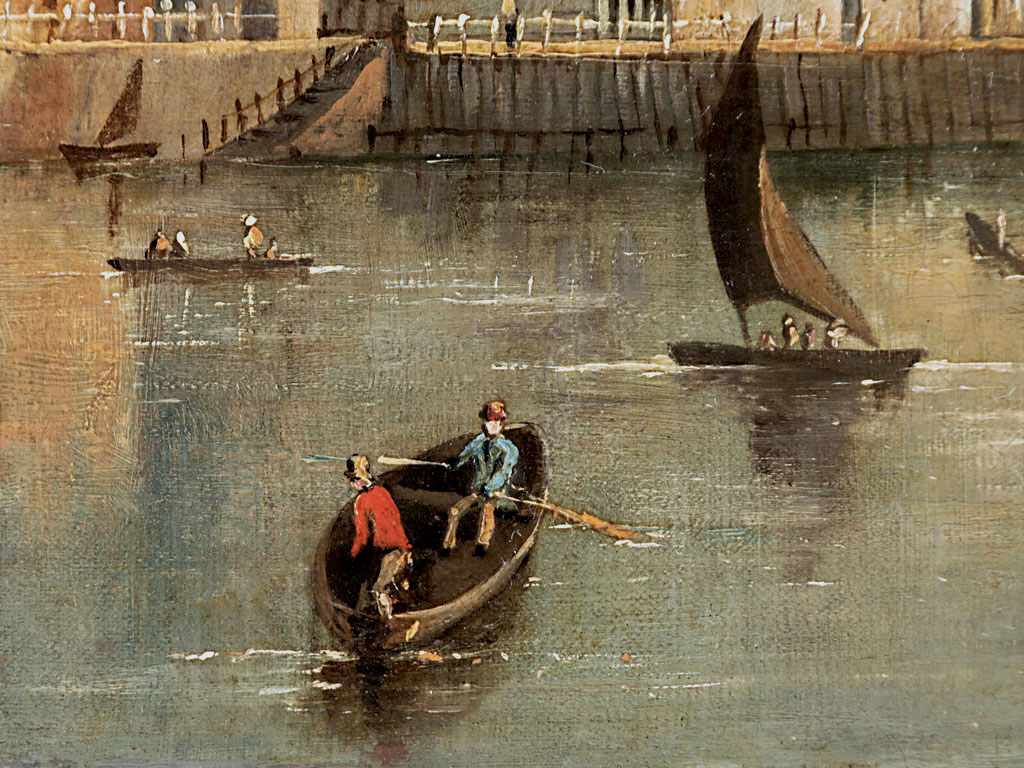 This view of the old medieval bridge at Rochester was likely painted by George Sidney Sheperd, just a few years after it was renovated in 1824. Gas streetlights line the walkways, whilst the central arch (visible in the foreground) was widened to allow larger vessels to pass. The bridge was later demolished in 1854, and rebuilt in cast-iron.

The view later became a print, engraved by Henry Adlard and published in 1828 for the “England’s Topographer” series of Kent views. There are additional details in the steel engraving that are not present in the original, suggesting that Shepherd either worked from another version, or amended the composition to make it more suitable for engraving. Such a process requires a busier composition, as it is impossible to produce consistent impressions, if areas of the steel plate are left without detail.

George Sidney Shepherd (1784-1862) was a British draughtsman and painter, who produced a wide array of architectural and topographical landscapes. Though predominantly a painter of watercolours, he occasionally worked in oil. A comparable study entitled “The Serpentine, Hyde Park” can be seen in the Yale Centre for British Art. 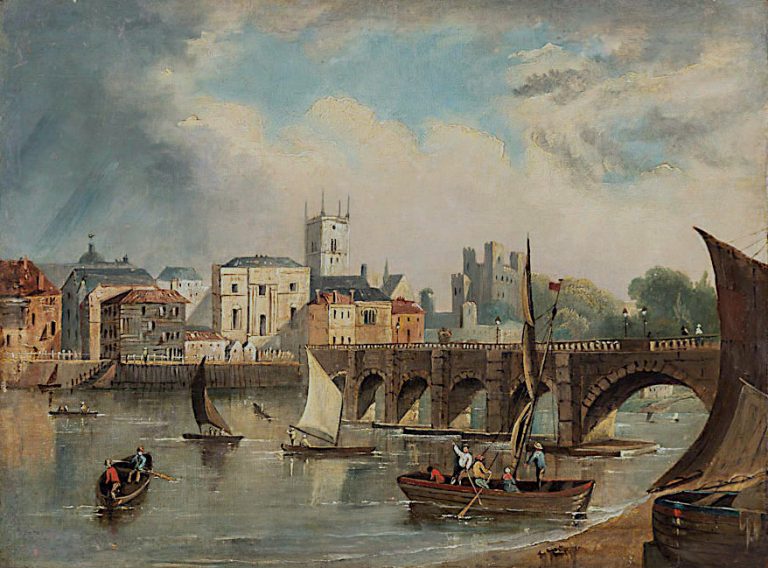