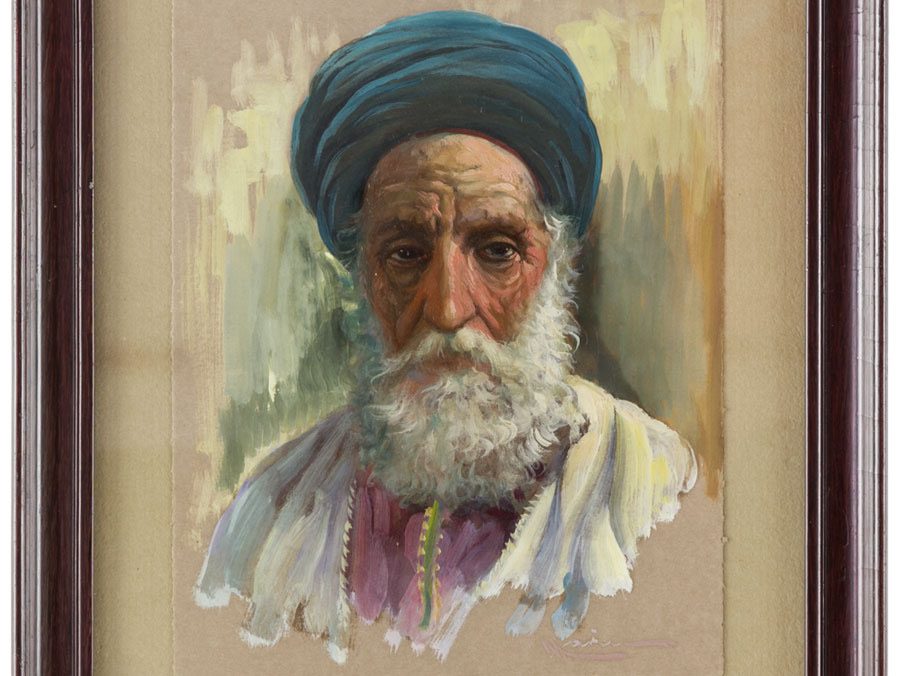 This arresting study was painted by the obscure Spanish orientalist, Diego Marin Lopez (1856-1917) on one of his frequent trips across the Straits of Gibraltar.

Little is known of his life, though he is recorded in ‘Les orientalistes de l’école espagnole’ by Eduardo Dizy Caso.  His versatility was a likely consequence of his financial instability and unable to give his time to painting, he instead taught at the College of Fine Arts in Granada, whilst taking commissions for art restoration and illustration. He received a gold medal at the Barcelona Exhibition of 1888. His works are often confused with Enrique Marin Sevilla and Enrique Marin Higuero, both natives of Andalusia.

The painting depicts a wizened old man with a white beard and blue turban. The skin is particularly well observed, with the artist layering the paint adeptly.