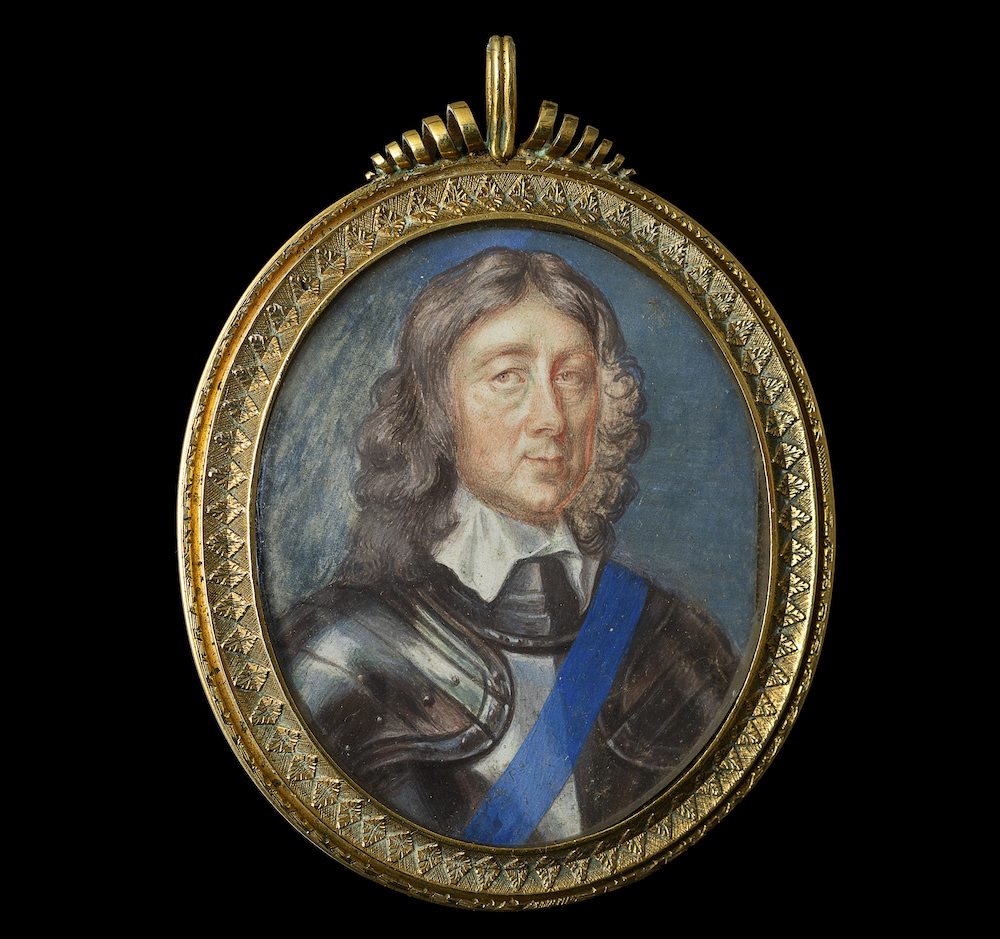 William Seymour was one of the more complex characters of the period, and his moderate counsel proved largely inaudible during this century of political upheaval.

Preferring constitutional restraint to divine rule, he opposed the King on numerous issues before the War. He later became disillusioned with sections of his own side and settled on a moderate Royalism. The brother-in-law of the 3rd Earl of Essex, parliamentarian commander-in-chief, the two frequently exchanged letters during the war and sought a diplomatic settlement. Despite such complexities, his personal sympathies were with the King and he was appointed the guardian of the young Charles II.

He remained with Charles I after the Civil War and along with three other lords, petitioned the Commons to be allowed to be executed in his place.

Believing (quite presciently) that the Monarchy would eventually be restored and that conspiracies would only delay the inevitable, he took no part in royalist agitations and remained aloof from the politics of the Interregnum. After the return of Charles II in 1660, he was restored to his former positions and even to the Dukedom of Somerset, which his family had forfeited in 1552.

His willingness to compromise was likely a consequence of a life beset by personal tragedy. He was the great-grandson of Edward Seymour, 1st Duke of Somerset (c. 1500-1552), the uncle of King Edward VI and Lord Protector of England. In 1610, he secretly wedded Lady Arbella Stuart, but this union between the 4th and 6th in line to the throne was troubling to the newly-instated James I, who had them both imprisoned in the Tower of London.

Their plan to flee to the Continent in 1611 was prevented by bad weather. Arbella was recaptured and William managed to reach Ostend. The two would never see each other again and Arbella would remain there until her death in 1615.

A drawing by George Perfect Harding in the NPG, uses a similar composition, which it credits to Robert Walker (1599-1658). Walker’s full length portrait with the same head is in the collection of the Earl of Northumberland at Syon House, whilst another version of the same composition passed through Christie’s on the 9th December 2015.  These versions show a caricaturised version of the present composition, with the features of the Duke highly exaggerated.

This portrait shows the Duke wearing the Blue sash of the Order of the Garter. No exact date is known for when William Seymour was made a Knight of that order, though Edmund H. Fellowe’s Knights of the Garter 1348-1939 gives an approximate date of 1650.

The frame relates to 13 recorded examples, commissioned by James Sotheby (1655-1720). His collection of 16th and 17th century miniatures was one of the largest to remain in private hands, before its dispersal in 1955. Many examples would find their way to museums like the NPG and V&A. Sotheby’s account book records payment to the London-based goldsmith James Seamer in 1705 for “the case, Cristal, & co of Venus by Oliver.” Sotheby and Seamer would have a close working relationship, an auction catalogue of 1712, records Seamer acting as an agent for Sotheby when buying a miniature “curiously set in gilt mettal frame” of “James II, when Duke of York by Samuel Cooper.” 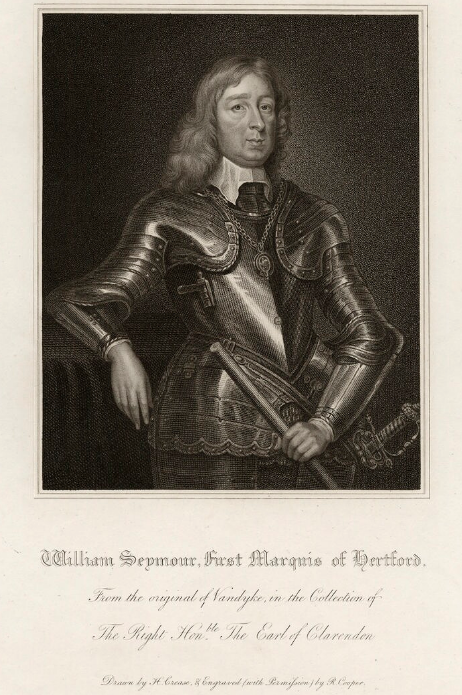