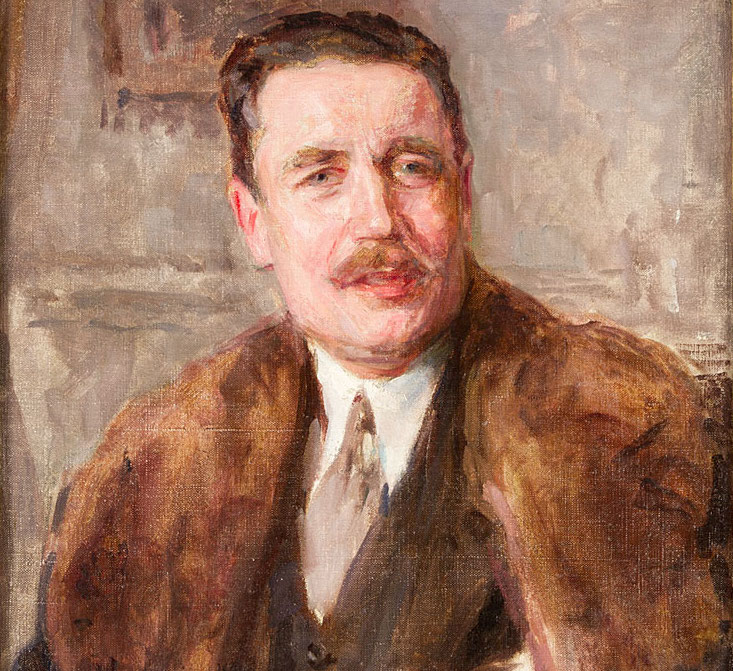 John Graham Hope de la Poer Beresford, 5th Baron Decies PC (1866 – 1944) was an Anglo-Irish soldier and civil servant, who participated in the 1900 Summer Olympics as a polo player. He was elected as an Irish representative peer in 1912 and served as the chief press censor from 1916-1919.

Painted after his retreat from public life during the Irish War of Independence, the portrait shows Lord Decies nearing sixty, wearing a three-piece suit and penny collar. His trusted fur coat is draped over his shoulders.

The Summer Olympics of 1924 were held in Paris and it is perhaps appropriate that an ex-Olympian would have his portrait painted in the same year.

Boleslaw Jan Czedekowski (1885-1969) was a Polish portraitist, who found numerous commissions in Europe and North America. Though constantly on the move, Czedekowski resided in Paris from 1923 to 1938.