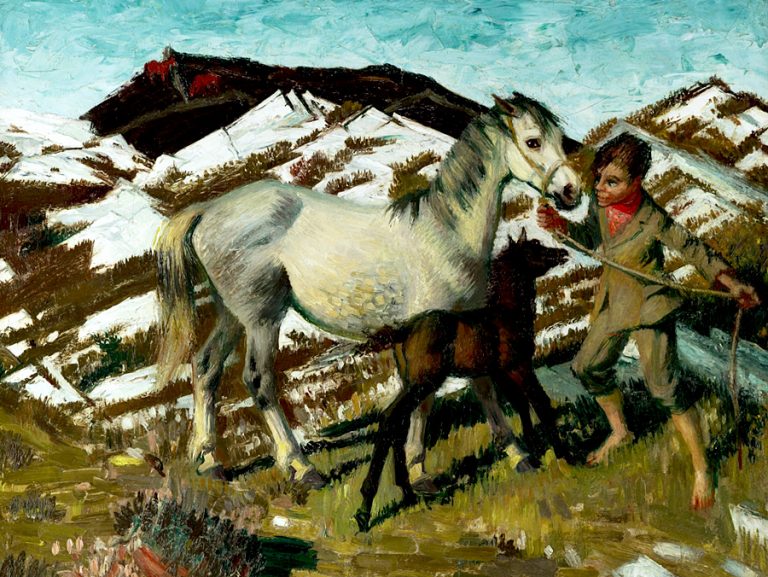 Derek Clarke was a British landscape painter, whose vivid and colourful works were supported by his religious faith. Born in Longthorpe, near to Peterborough, in 1912. He would study at the Benedictine Seminary in Ampleforth and later at the Slade School of Art in London. Graduating in 1935, Clarke found work as a portrait painter. His commissions would lead him to Ireland, where in Connemara he found a people and landscape who were yet to feel the effects of the modern world. His time in Ireland was cut short with the outbreak of the Second World War. He would fight in North Africa with the Durham Light Infantry, suffering a serious spinal injury in 1943.

In his own words, he was: “one of those artists who, having completed their Art School training by 1935, only had four years in which to establish themselves before war put an end to their careers – in many cases forever. In those days there were few travelling scholarships bursaries or prizes: those who could went off to Paris to further their development. My main influences were Cézanne and van Gogh, but I had no desire to be an adherent of any art movement. Instead I wished to find out whether I had a voice of my own.”