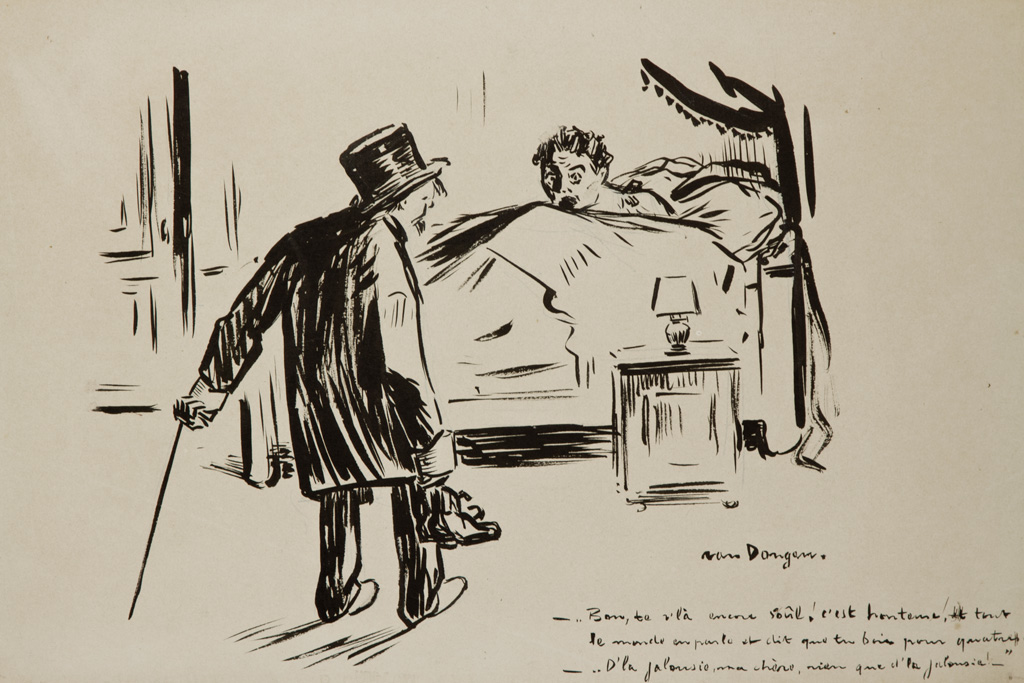 Cornelis Theodorus Maria van Dongen, better known as Kees van Dongen was a Dutch painter and founding member of the ‘Fauvist’ movement. Born in Rotterdam in 1877, he moved to Paris at the age of twenty and without any firm source of income, produced illustrations for periodicals and newspapers, including Revue Blanche and L’Assiette au beurre.

The picture is most likely one of these sketches and a poignant example of his earlier years, where he was just another underfed expatriate, looking to fashion an artistic career in the French capital. His first significant break came in 1905, where a colourful and controversial exhibition with Matisse and Andre Derain, prompted the critic Louis Vauxcelles to dismiss them as “Fauves” (wild beasts).

After the First World War, he chose a comfortable life over artistic originality and found a lucrative niche in portrait commissions. Something he described as being “the most beautiful of lies.” By his own admission, the key to his success was “to elongate the women… to make them slim. After that it just remains to enlarge their jewels.”

The sketch depicts a husband arriving home drunk and his wife exclaiming in French – “Well, here you are again drunk! It’s embarrassing! Everyone is talking about how you drink for fourteen”. He ripostes – “Jealous, me dear, they are just jealous”. Van Dongen’s French is imperfect, and it is likely the spelling mistakes were corrected by the publisher.

Medium: Crayon and Ink on Board