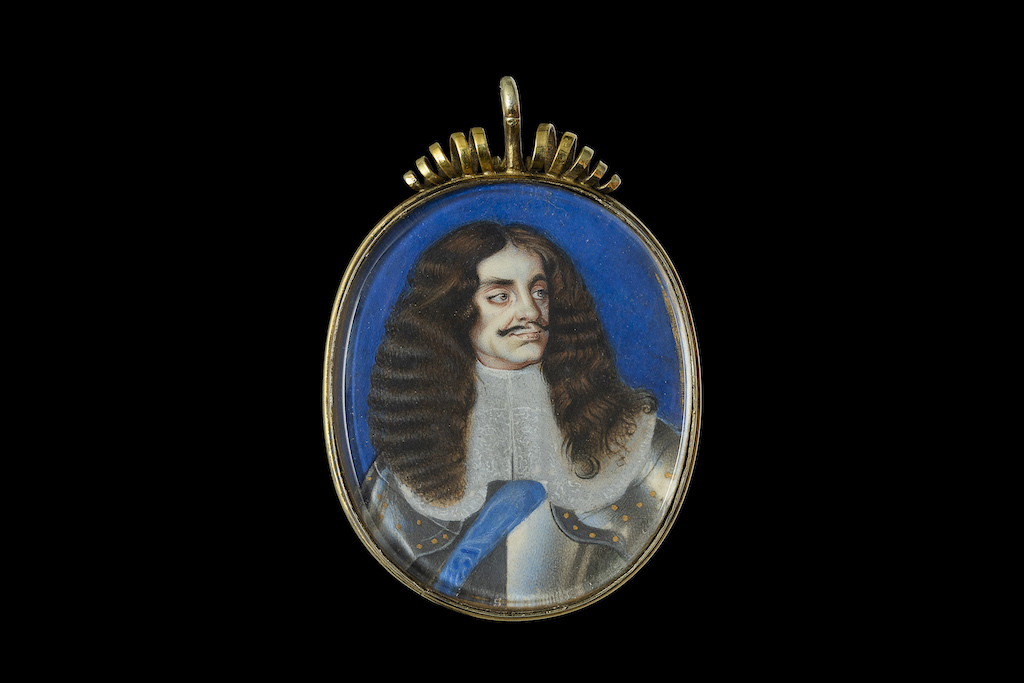 This portrait miniature of Charles II is based on a painting by Samuel Cooper in the Royal Collection. It also compares to another painting of a regular size by the Dutch artist Pieter Nason (1612-1688/90).

Charles II learnt of Samuel Cooper during his exile in The Hague and was quick to seek him following his Restoration on the 29th May 1660. The English antiquary John Aubrey recalls how within weeks of his “majestie’s happy returne”, Charles II visited Cooper’s studio in Covent Garden. Three years later Cooper was appointed King’s Limner. His exceptional paintings, first of the austere ruling classes of the Interregnum and later the flamboyant characters of the Restoration are widely considered to be the pinnacle of painting on a miniature scale.

He was evidently held in high esteem by the King, who took great lengths to secure the remaining contents of the artist’s studio after his death in 1672.