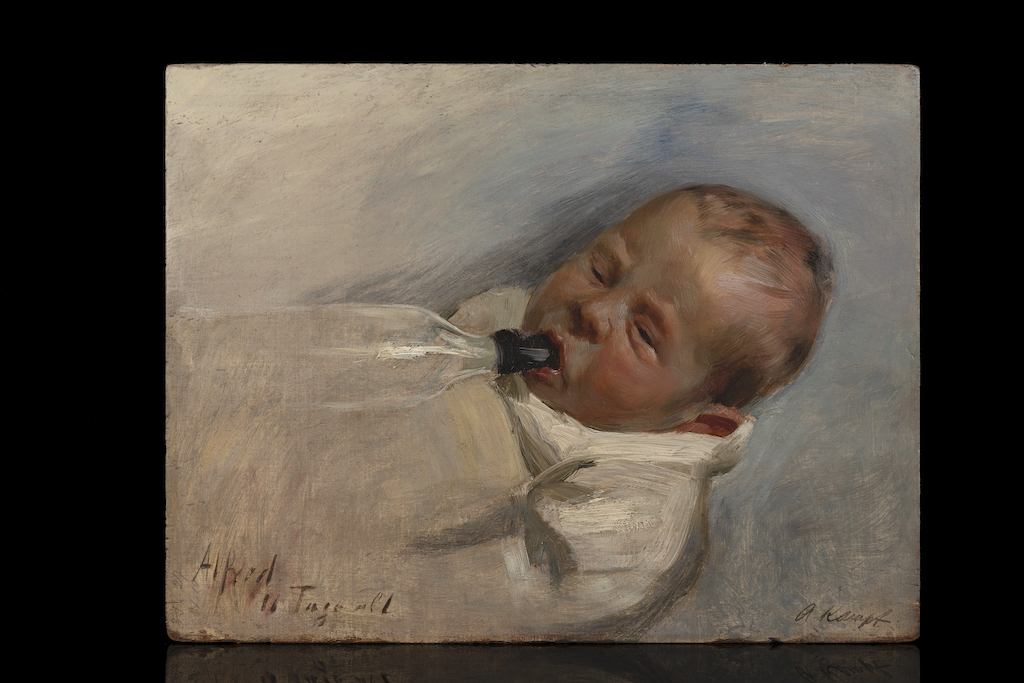 This poignant study of Alfred, the baby son of Arthur Kampf was painted just 11 days after his birth on 15th March 1893.

Arthur Kampf (1864-1950) was a German History painter and prominent figure in the Dusseldorf School.

His commitment to classical aesthetics predated the rise of National Socialism, and in happier times he moved freely between the Düsseldorf School of which he was a part, and the various modernist circles, soon to be declared degenerate. He later joined the Nazi Party (most likely for career advantage) and in doing so bound his artistic legacy, not simply to an aesthetic dead end, but to a uniquely barbaric cause.

The study will be included in the artist’s Catalogue raisonné. I am very grateful to Andreas Schroyen, who between busily compiling such a book, was kind enough to suggest an appropriate date and description.

Provenance: Son of the Artist