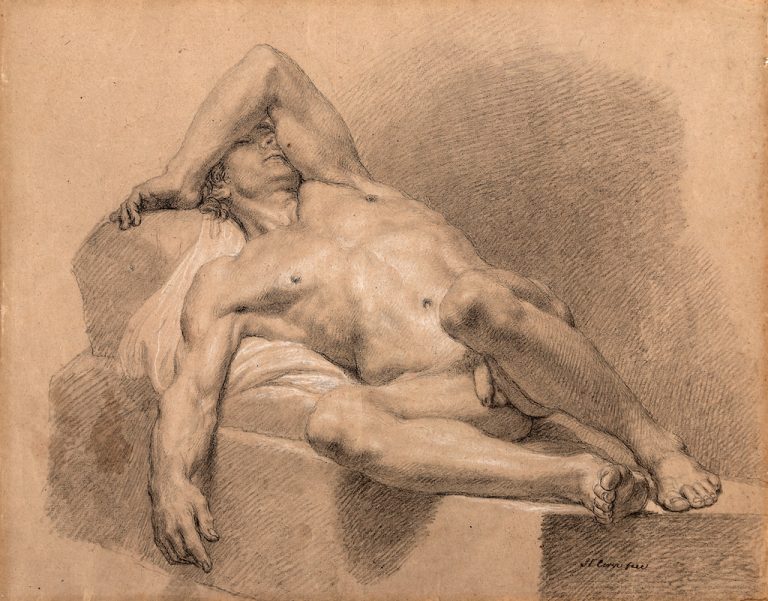 The academic drawings of Domenico Corvi were coveted in his own lifetime and by those closest to him. Luigi Lanzi (1732-1810) records his prodigious command of the human form and suggests his drawings were “very precious” and “more sought after than his paintings.”  The sculptor Vincenzo Pacetti (1746-1820), a noted collector and connoisseur, acquired 21 of them shortly after Corvi’s death in 1803.

Domenico Corvi was born in Viterbo in 1721. He moved to Rome at the age of fifteen and joined the studio of Francesco Mancini (1679–1758). Much of his early career was spent decorating Roman churches. He also seems to have worked with Anton Rafael Mengs (1728-1779); the Jacobite Henry Benedict Stuart, younger brother of ‘Bonnie Prince Charlie’, would sit for both painters in 1747.

At the age of 29, Corvi won first prize in a drawing competition at the Accademia di San Luca in Rome. Just seven years later he was a director in the same school, presiding over life classes at the Accademia del Nudo. Corvi seems to have taken the role seriously, serving frequently between 1757 and 1802. It is also telling that his self portrait of 1785 shows him with a nude sketch; precisely the kind of work normally dismissed for its functionality.

According to Ulrich W. Hiesinger:

Finished drawings of the academy nude — called academies — were regarded in a sense as the touchstone of  professional excellence. Far beyond student years, and unrelated to preparations for specific work, academy drawing remained a common exercise for mature artists, who viewed continued study from life as a necessity in maintaining and perfecting their skills as draughtsmen.

Academy drawings by the masters often remained in the studio as guides for students, and just as this seems to have been a regular practice by the later seventeenth  century, so in the early 1780s we similarly learn that a young painter freshly introduced to Batoni’s studio was  given several of his master’s academies to copy as a first  assignment.

Prized by connoisseurs, academy drawings formed an essential category in any representative collection. Batoni could confidently offer one to a patron as a token  of regard, and Lanzi reputed that Domenico Corvi’s  drawn academies were in even heavier demand than his paintings. For the critic academy drawings offered a crucial standard of judgment as [Pierre-Jean] Mariette illustrated around 1770 when, in criticizing Raphael Mengs, he saved for the coup de grace a remark on the artist’s academies: “I have seen some of his drawn academies: they are of ice.” 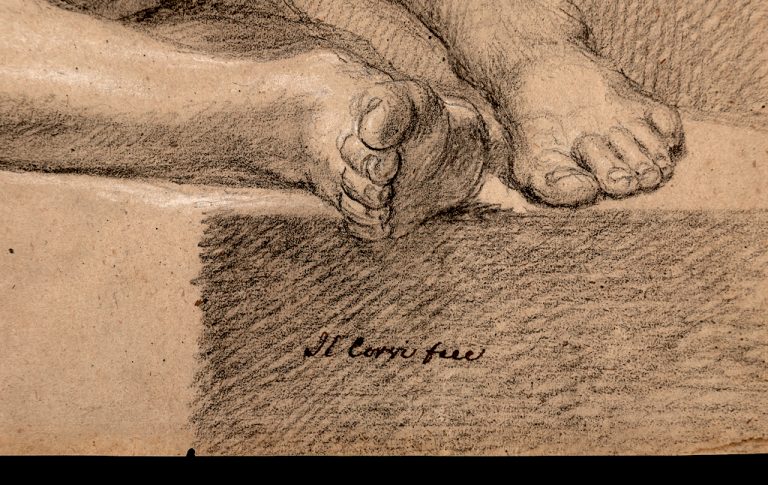